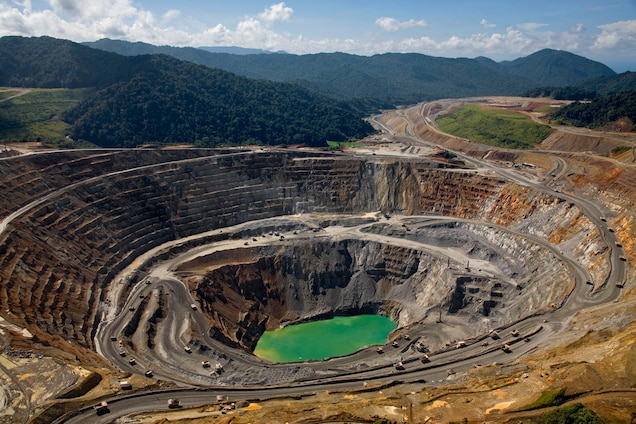 The economic and environmental impact of gold mining

Home » Blog » The economic and environmental impact of gold mining

For centuries now, gold has consistently attracted more investors and higher demand in comparison to the other precious metals.

Demand per year outweighs 3,000 billion tonnes, with China and India being top of the list of those demanding more of the ‘yellow metal.’

Gold is widely regarded as a ‘safe haven’ par excellence, given its ability to hedge the portfolio and avoid the damaging effects of inflation in extreme economic times.

However, I cannot overlook the burdensome mining activity that gold production brings significant consequences, namely waste and the environmental impact, due to the highly harmful waste products generated during the working process. Read on to learn more about this issue.

Extracting physical gold from a mine takes hard work and requires significant investment, energy consumption and use of labour. It starts with an exploratory phase which can last for up to ten years, and is regarded as an investment with the aim that it will eventually recover the incurred costs and generate profit. It is far from guaranteed that the results of this activity will be economically viable, as just around 0.1% of areas under consideration turn out to be an actual mine.

The second phase consists of the construction of a structure that is able to extract the material. Often the cost-effectiveness of such a structure is uncertain because, on average, just 10% of active devices produce the amount of gold needed to justify the investment. 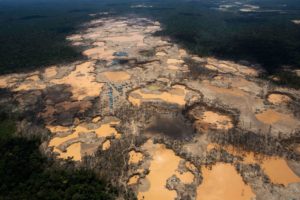 Once the effective economic viability of the site has been evaluated, it is necessary to apply for a national licence in order to build the actual mine and thus proceed to the extraction phase. The application necessitates a long and bureaucratic process, which is often influenced by the social and organisational conditions of the country where the operation is taking place. This process can take as long as five years to be carried out, without any certainty that the licence to work will be obtained.

Once the procedure for the application has been concluded and the licence obtained, the physical extraction of fragments of earth and rocks containing gold can commence. The ‘average life’ of a mine until its depletion tends to be between ten and thirty years; once the mine’s production cycle has come to an end and all the raw material has been extracted, the structure will be completely demolished through a process that usually lasts between one and five years.

The final stage of the gold production cycle is the reclamation of the lands upon which the activity has been carried out. This operation is essential in order to avoid significant damages to the nappes and the surrounding vegetation. This process may require a further five years to be fully implemented and comes with significant costs.

Hopefully, the general framework explained above clarifies each step of the process, the reasons why gold mining as a business requires significant investment and a long-term operational perspective, and why profit projections remain uncertain.

So, here is my opinion… In a world that is becoming more and more enlightened on topics such as environmental issues, health and maintaining the delicate ecosystems that contribute to our planet, it is important to pay attention to the environmental matters and potential dangers that gold mining involves.

When extracting gold, the use of substances such as mercury, sulphuric acid and cyanide is necessary. Such substances can easily spread to the water near the production site and cause contamination, poisoning the local flora and fauna as a consequence.

In order to obtain an ounce (approx. 35g) of pure gold, a staggering 250 tonnes of rocks must be removed. A single gram of gold uses five grams of mercury, a substance that causes damage to the nervous system, the lungs and the kidneys. Given this statistic, it comes as no surprise that gold mining produces more than 30% of the world’s mercury pollution.

Cyanide can have serious consequences on health such as seizures, damage to the lungs and respiratory failures due to the reduction of oxygen levels. Sulphuric acid, a substance used to dissolve metals from the surrounding rock, releases 9 million tonnes of sulphur dioxide into the atmosphere, generating the infamous acid rains.

Finally, every tonne of gold produced adds a devastating 300,000 tonnes of toxic waste to the environment. I think this stark reality is where attention must be drawn to, and it is in the hands of the main proponents of the Green Economy – together with the competent control authorities – to take this phenomenon into account.