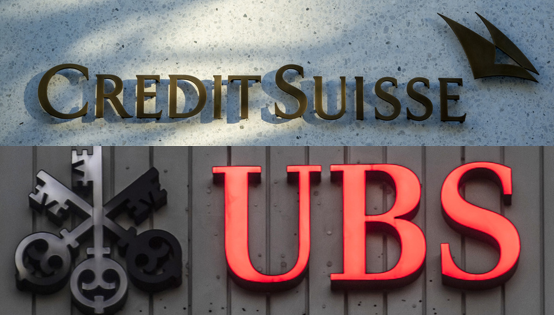 The chairmen of UBS Group AG and Credit Suisse Group AG are exploring a potential merger to create one of Europe’s largest banks, Inside Paradeplatz reported, citing unidentified people inside the two lenders.

The project, nicknamed Signal, is being driven by UBS Chairman Axel Weber, who is working on it with his counterpart at Credit Suisse, Urs Rohner, the Swiss finance blog said. Weber has discussed the idea with Swiss Finance Minister Ueli Maurer and an agreement could happen by early next year, according to the report.

Europe’s banking industry is under pressure to consolidate as the coronavirus pandemic adds to headwinds from negative interest rates. Spain’s CaixaBank SA and Bankia SA said this month they’re exploring a merger to form the largest lender in the country and kick start consolidation.

While a deal between the two Swiss banks would allow for overlap to be eliminated, executing such a transaction could be difficult, said Andreas Venditti, an analyst at Vontobel. “Regulation would be the biggest hurdle in my eyes” because requirements are tougher the larger an institution is, Venditti said, adding he doesn’t think a deal is likely.

UBS is in the middle of a leadership transition with former ING Groep NV head Ralph Hamers taking over from CEO Sergio Ermotti in November. Weber would probably stay on as chairman of the combined company, making it likely that the CEO would come from Credit Suisse, according to the report.

A merger could result in job cuts equal to between 10% and 20% of the workforce, or 15,000 or more worldwide, according to the report.Banking regulator Finma has been informed of the deliberations, Inside Paradeplatz said.